Some time ago we had put in line test_port which made it possible to test port TCP Xenapp in order to check the openings network on the ICA for example.

After a little more than two years, we updated test_port.

In addition to the correction of various  bugs and the simplification of the code, it is possible from now on to test the ports on several servers. 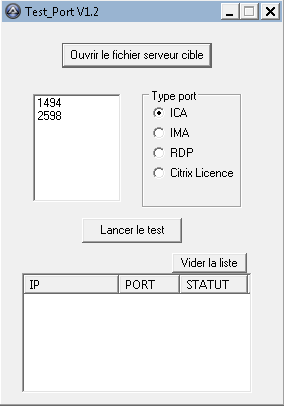 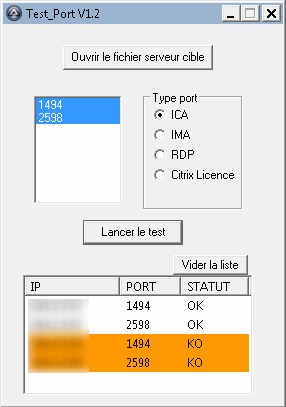 UPDATE : 03/04/2012
Correction bug: when clicking Click on the button “To open the file server target” , the .txt file did not keep recorded information.